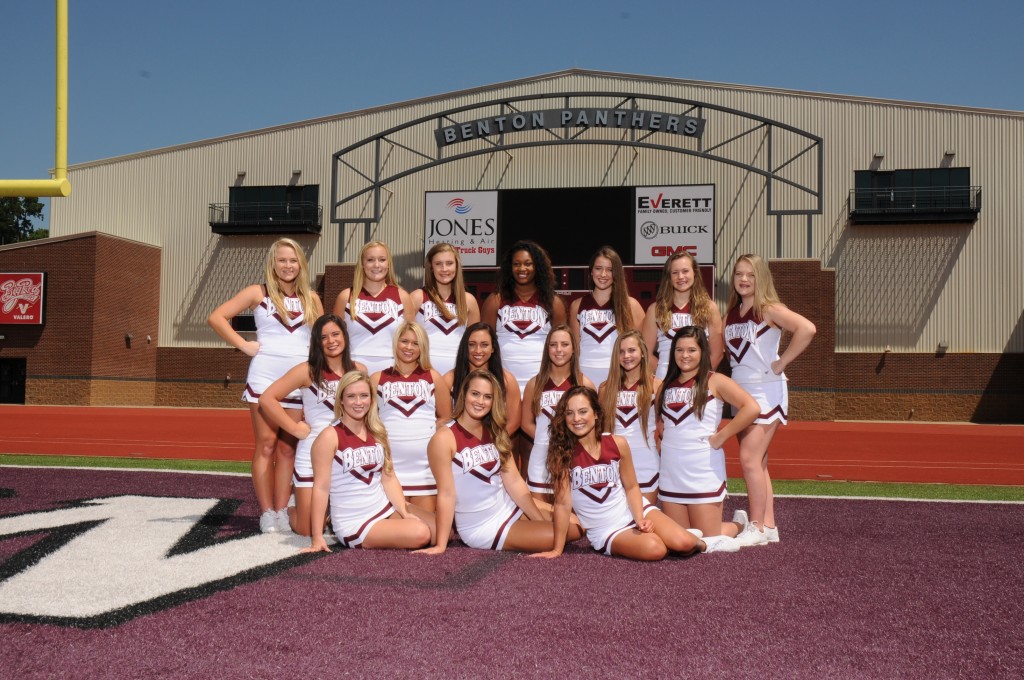 The Benton High School Cheerleaders number one priority is being the spirit ambassadors of the school. In the Fall the girls cheer for the Panther Football team and in the Spring the Basketball team. On top of this the cheerleaders perform at pep rallies, charity events, and compete at local, state, and national competitions. Most of all, they love to show their Panther Pride everywhere they go! 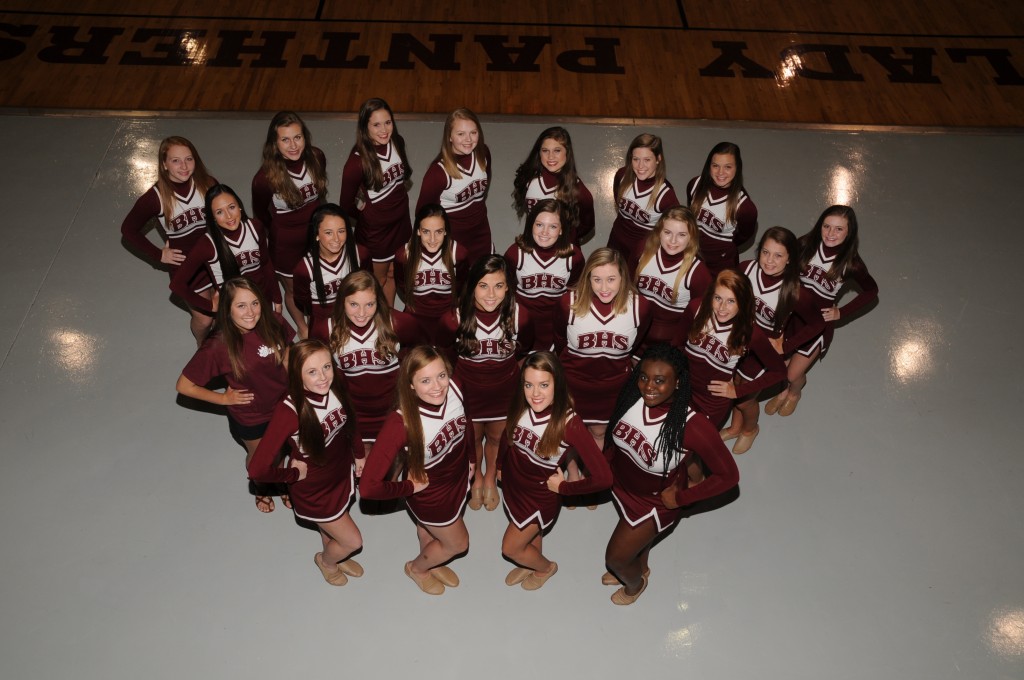 The Benton High School Pep Steppers are an elite dance team which proudly represents the Benton High School Panthers.  To dawn a Pep Stepper uniform is an honor, and each dancer treats it as such. It’s members spend countless hours both individually, and as a team, to prepare for its many performances and competitions. There is never an “off season.”  From a rigorous tryout, in which they are judged on freshly learned routines, and a listing of advance skills, they immediately begin working to prepare for summer UDA dance camp.

During the summer and once school begins they spend at countless hours planning and practicing routines for competition season. Throughout the entire year, they continue to work and perform for the community and the school.   They cheer and perform at all football and basketball games, pep rallys and other performances. They also must keep up with their studies, community service, fundraising, and support of the many athletic teams at Benton High School.

Their determination, commitment, and preparation shows.  Their awards and accolades are many – Most recently, receiving first place in home routine, 110% award, full out team award, superior drill down  award, and superior team award at UDA Camp held at the University of Arkansas in Fayetteville.  In addition to the team honors, they are individually evaluated and received all Superior ribbons. Each year, several of their dancers are named All-American by the UDA.  They have won 6A State Championship multiple times .  In addition, many BHS Pepstepper dancers go on to dance at the college and university level. 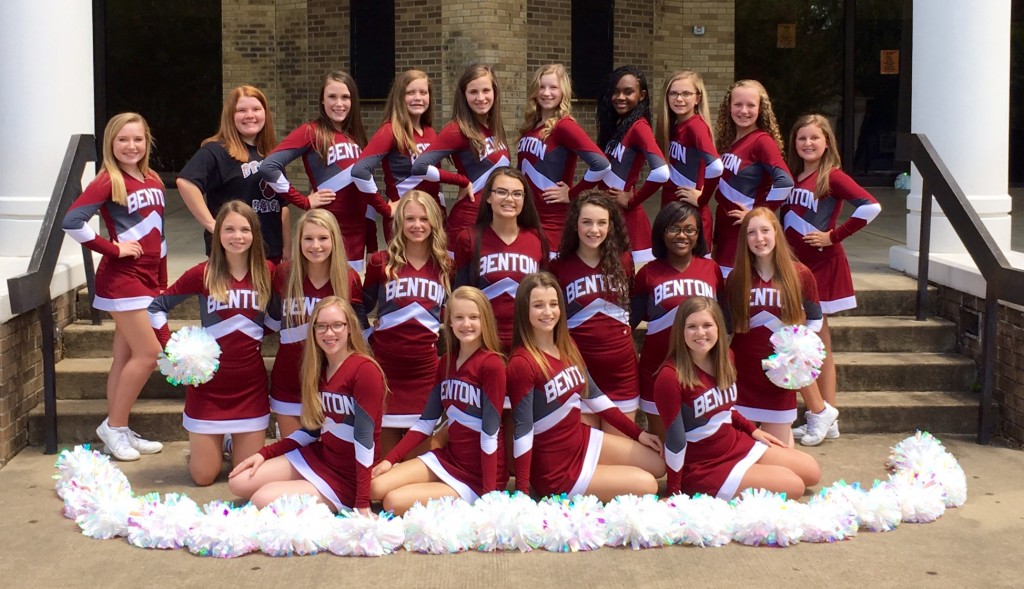 Being a part of the Benton Junior High Dance Team is an honor. It is an honor to cheer, dance, and support teams and a community that supports us equally. We do not have an “off season”. We are always working for something. Camp, cheering at an away games, halftime performance, competition, or tryouts so that these young women can continue the reputation of the Benton Pep Steppers.

This summer we attended a UDA camp at the University of Central Arkansas. While at camp each team members were required to learn and perform 3 short routines in front of a group of judges all in 3 1/2 days. They were then awarded ribbons based off of their performances. Each of the Benton Junior High Dancers received a blue ribbon in all 3 routine for a total of 60 blue ribbons. Because of their outstanding blue ribbon total we were award the superior trophy. The BJH Dance Team received the All Out award for creativity on the Team routine. We were also award the 110% award which was voted on by the UDA staff for going above and beyond what was asked each day. The BJHS Dance Team was also awarded the Super Spirit Stick by the UDA staff on the first night, and got to pass it on the second night to another team. We were received the spirit stick every night of camp. Three of our officer chose to learn an extra routine and perform on their own, those 3 girls were chosen as UDA All Americans.

Back to the Top of the Page