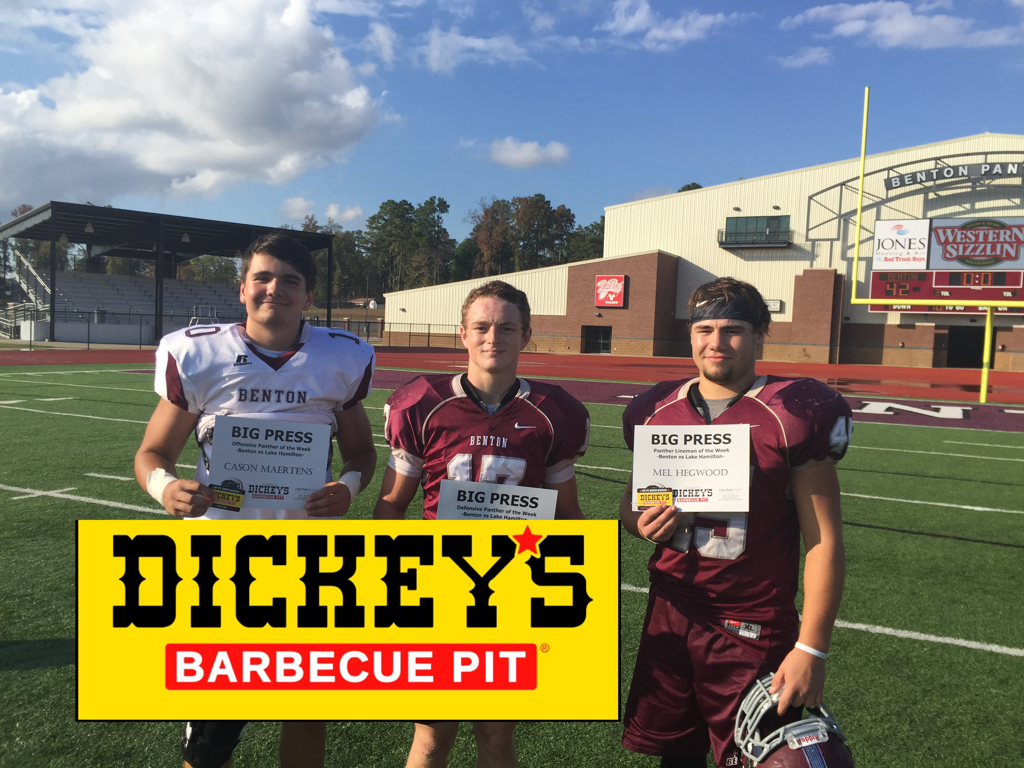 Cason Maertens led the offense at the QB position going 24 of 29 with 331 yards and 3 Touchdowns through the air and one on the ground.  For his effort, he was named Offensive Player of the Week.

Beau Brewer. had a strong outing with 11 tackles against Lake Hamilton.  For his effort, he was named Defensive Player of the Week.

Mel Hegwood held up strong in the middle on defense with 10 tackles during a physical battle with Lake Hamilton.  For his effort, he was named Lineman Player of the Week.

The Panthers are back on the road this week heading to El Dorado to take on El Dorado High School as the next Conference opponent. Kickoff is Friday night at 7pm. If you can’t make the trip, check us out HERE for the live broadcast.