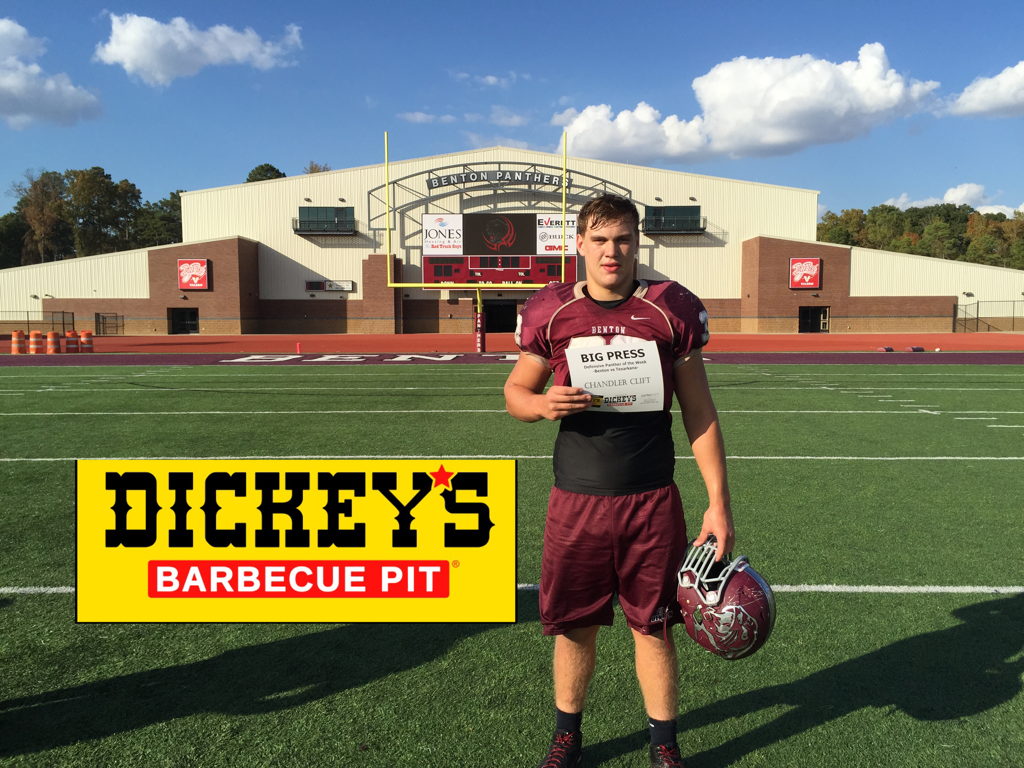 Chandler Clift finished off the night with 4 tackles, 1.5 sacks, and 2 QB Hurries to help the Benton Defense against Arkansas High.  For his effort, he was named Defensive Player of the Week. 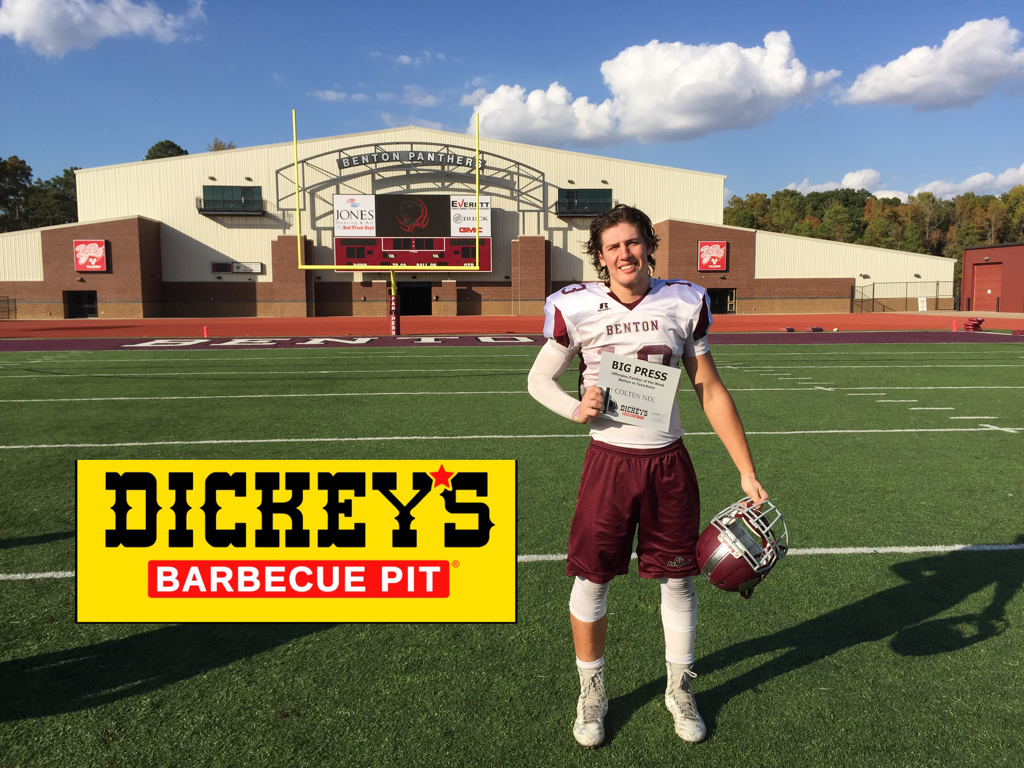 Colten Nix led the receiving corp against Arkansas High with 158 yards on six receptions and reached paydirt twice.  For his effort, he was named Offensive Player of the Week. 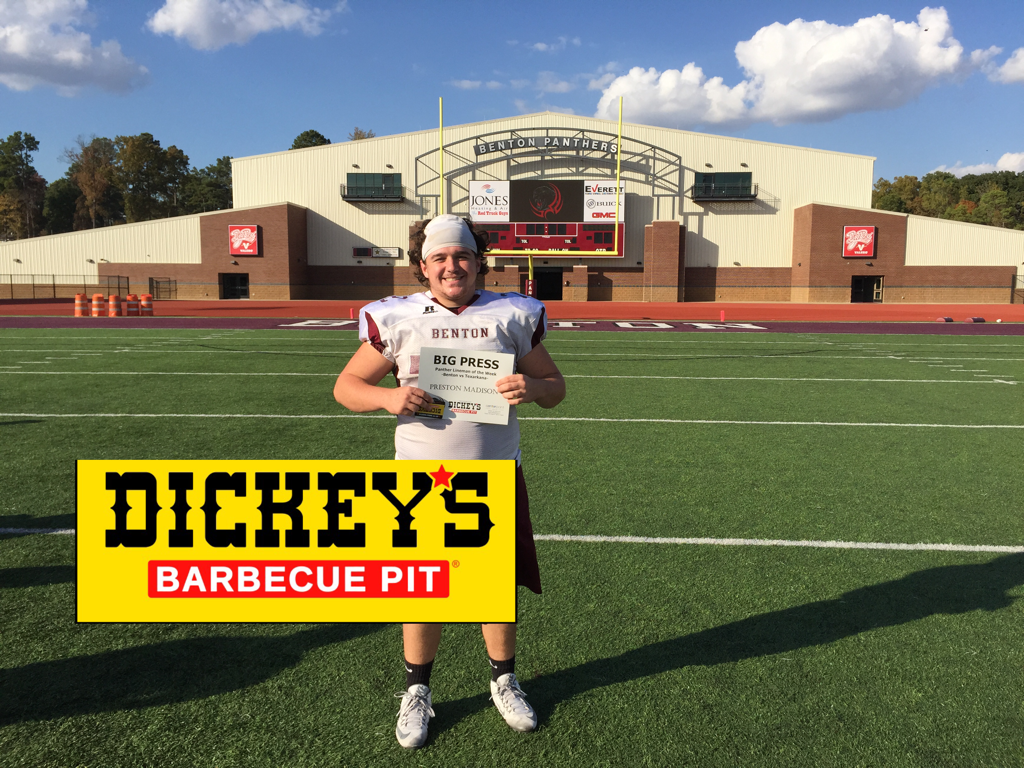 Preston Madison continued to contribute big in this great offensive line performance against Arkansas High.  For his effort, he was named Defensive Player of the Week.

The Panthers are at home this week to host Lake Hamilton as the next Conference opponent. Kickoff is Friday night at 7pm. If you can’t make the trip, check us out HERE for the live broadcast.